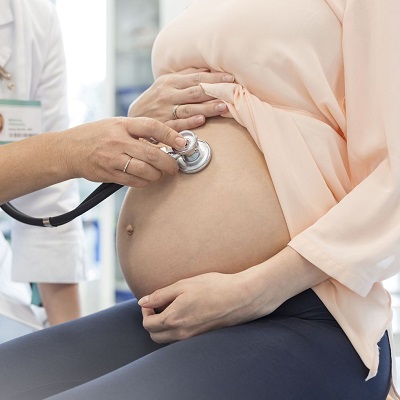 Women’s genital health plays an important role in the overall good health of the body and if the woman suffers from some feminine issue it will impact her mental health too. General gynecology deals with the reproductive problems of women, as women have to give birth but it’s possible only when these organs are well functioning and no critical problem is going on. It’s really crucial to take care of the reproductive parts to maintain a comprehensive balance between the life and body environment. General Gynecology in Abu Dhabi & Al Ain is here for you to treat your issues related to reproduction and menstrual complications.

How to Define General Gynecology?

A process that is responsible for the health of the reproductive system of women and treating disorders related to them is general gynecology. Disorders that are dealt with include:

All these cases are discussed in general gynecology and their solutions are also given so that a woman can live a normal life. Also, other issues regarding women’s reproductive system are conferred in gynecology.

What Does a Gynecologist Do?

Matters related to the fallopian tubes, uterus, vagina, ovaries, and cervix are observed and treated by gynecologists. Our gynecologists at Enfield Royal Clinic! are passionate about treating pregnancy issues before and after pregnancy.

Gynecologists tell you about every single detail and the procedure you have to follow during your pregnancy. Your weight and blood pressure during the process will be measured by the physicians. Your inside activity will be examined by the ultrasounds whether it will be for pregnancy reasons or other uterine issues.

The reasons for your pain in different genital areas are first observed by the doctors to understand why pain in certain areas is occurring.

When to Go for General Gynecology?

When a woman enters her adult age, reproductive problems also start with this. So. a woman should consult gynecologists regularly to stay aware of the problems going on with the genitals. This also avoids the worst situations.

In consultation with a gynecologist, the doctor will either prescribe the medicines depending on the condition or go for a surgical procedure, if the situation is extreme and the doctor observes some cyst or fibroids.

Also, when a woman is having symptoms like burning, itching, irritation, unusual discharge, severe mood swings, vaginal pain, uterus pain, sleeping issues, menstrual problems like delay in menses or early periods, no periods at all are all alarming signs that tell women to visit a gynecologist.

Treatments We are Offering in General Gynecology:

All treatments are certified and we provide the best General Gynecology in Abu Dhabi for you so that your problems get solved and you can live a happy and satisfying life. Following are the treatments that we provide to solve your complications:

Issues like menopause, sexually transmitted infections, cervical cancers, and bacterial invasions are all treated in General Gynecology in Abu Dhabi.

At Enfield Royal Clinic various types of methods are in use to examine the functioning of the genital parts. Different kinds of methods that are really popular are as follows:

This type of treatment is used to diagnose the reasons behind the heavy bleeding and irregular periods. The process can also diagnose the cancer cells in the uterus. The layer in the uterus called the endometrial layer is observed deeply in this analysis. For the test, a small part of the tissue is inspected under the microscope to check out for endometrial cancer.

The procedure in which the uterus of the woman is analyzed properly through visuals. The gynecologist uses a telescope to examine the inside of the uterine surface to make the womb clearly watchable. These visuals are seen on a monitor. Sometimes,  a woman is given local anesthesia before carrying out the procedure. This is a minimally painful procedure.

The deep examination of the cervix is done in colposcopy. Any trouble related to the cervix is determined in this procedure. As the cervix is beyond the vagina, so a small tool is used to open the vagina and then look into the cervix deeply. A microscope will be used to scrutinize the cervix but from outside of the body. A specimen from the cervix may be taken out for testing which is the biopsy technique.

To check the presence of any type of cancer cells on the skin of the genital part of a woman a vulvar biopsy is done. Skin cells that look abnormal are examined in this procedure.

In general gynecology, the examinations for the breast, uterus, or other genital parts are done to check the presence of any kind of bulges and cysts. To start the procedure, you will lie down on your examination stature, and then your cloth will be removed from the pelvic region. The main focus of the doctor will be the pelvic region. The doctor will then analyze the uterus, cervix, ovaries, and fallopian tubes either by an ultrasound or a physical examination.

To observe the vaginal area properly, a tool called a speculum will be used for dilation. When the inspection will be done your doctor will go on for the next step regarding your medications. It is advised not to go for general gynecology when you are on your menstrual cycle and there is heavy bleeding.

The cost for General Gynecology in Abu Dhabi varies from AED 500 TO AED 20000. The final cost will be decided by the doctor after consultation.

Have a Free Word From Enfield Royal Clinic!

Enfield Royal Clinic is here to treat your gynecological disorders. You just need to contact us! Book our free consultation by filling out the form given below! General Gynecology in Abu Dhabi & Al Ain will treat your genital problems seriously!